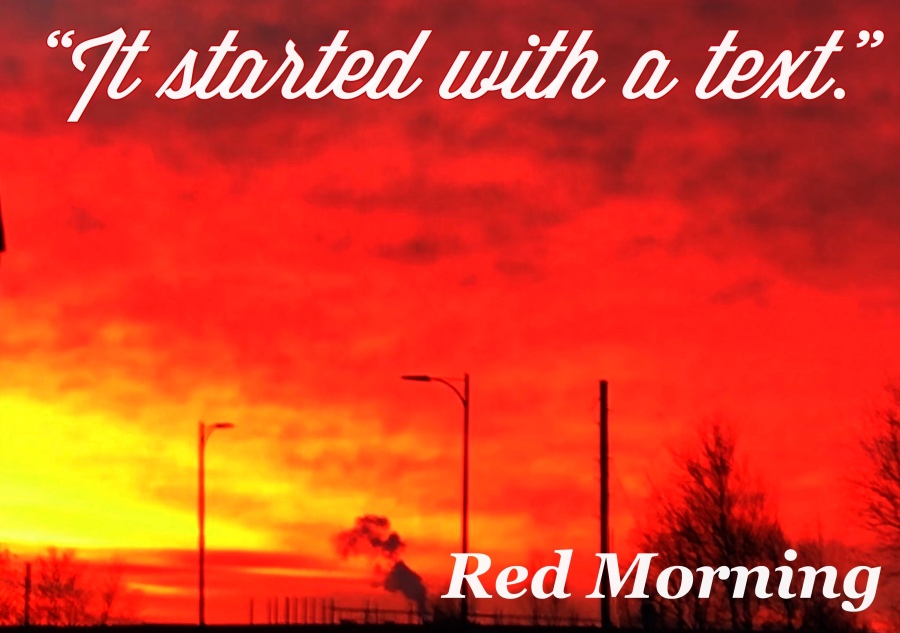 As I ended the call I realised Adam had not given me a single detail about what he actually needed me to do. This was typical of Adam. A big picture thinker; he left the smaller details to whoever currently burned in his wake. My phone was still cradled in my right hand, my thumb pressed against the glass opening it so that I could call him back. I found myself staring at his name emblazoned across my screen again. I didn’t have to open this message to read its contents in entirety.

The message Adam had been referring to was with my junk mail. Though his calls were coming through, I had clearly forgotten to unblock Adam online after the last time we had spoken. The email had been received hours ago while my phone was off. Adam had always known I’d say yes. It irked me that he still knew me so well. The message itself contained a few more details, but nothing of any substance. Whatever Adam had in mind it would have to wait until I got to the studio to find out.

The address was unfamiliar, but from the directions in the message it seemed for the most part accessible. I had expected to be travelling to one of the main production companies I had worked with in London. I’d heard Adam had settled into a new role with a production company, a rumour suggesting he’d even gone as far as to actually have a flat of his own in the centre of the city. Whatever he was doing, he was doing it well.

I tried using Google maps to figure out exactly where I was going however the app refused to load. I switched out from Wi-Fi to 4G, refusing to get out of bed to check the router but it had no affect on the app. Resigning myself to the fact that I wouldn’t be sleeping any time soon, I threw back the covers and stood again. It was warm in my room, not uncomfortably so, but it did little to lift the chill, which seemed to emanate from my core.

My desk sat in the far corner of my living room next to a large bay window, which stretched from ceiling to floor. Bookcases on either side of the window were filled with books of all shapes and sizes. Books which Lexi had often threatened to make me part with, but never actually did. If anything she was one of the main contributors to some of the already overburdened shelves.

My MacBook still lay open; neither the app nor Google would load. I tried turning the router off again, waiting impatiently before turning it back on and trying again. Still nothing. No web pages would load at all; just a constant state of buffering that I could feel making my blood pressure rise. I hoped that by the time I got to London I could check this on my phone, as I could feel my anxiety climb thinking about travelling without a definitive idea as to where I was going.

The clock in the corner of the screen read 01:14, and although I was tired a check of the digital train ticket attached to my phone confirmed my suspicions that I would not be getting any sleep before I left. My train was at 04:26 and with little else to do I began to gather my things so that I could pack them up before going.

It didn’t really take long to get my things together. Adam hadn’t told me what I was doing so I decided to take as little as possible. My MacBook was essential. It had my favourite software, and it meant I could do a little work on the train. Once it was in it’s travel case it went straight into my kit bag. My cameras and an assortment of bits and pieces I took everywhere with me were already in there. I checked the side pockets and made sure I still had all of my multi-coloured electrical tapes, as these were an essential whenever I worked with cables.

Clothes took longer to find. There wasn’t a huge deal of option. Instead the majority of my clothes were lying in or around my laundry hamper on the floor of my bathroom. My drawers were empty and it was a challenge finding enough clean pairs of underwear and t-shirts to keep me going even just for a couple of days. What little clean laundry I had lay at the foot of my bed, heaped onto a chair which could barely be seen under the pile of bedding, shirts, and jeans. Most of the things I picked up passed the sniff test, and were added to my rucksack. Once I’d gathered everything together I sat on the leather recliner in the centre of the room making a mental note of everything I had packed.

As eyelids have a habit of doing when tired, mine began to close over. Joining the rebellion my head drooped and fell to my chest. I jumped to my feet. There were just under two hours until the train. Sitting was dangerous if I wanted to get there. I decided I couldn’t stay in the flat any longer. The risk of falling asleep and missing the train was too great. I had everything other than my coat, which hung ready by the doorway.

The oldest jacket I owned was still my go to coat for most occasions, and this was no exception. Made of faux leather so well worn it had cracked all over exposing the amber stained under fabric the poly-blend surface had been glued to years ago. Despite this I still wore it comfortably, my bags sitting on the most faded parts of the shoulders, where they had rubbed away most of material when worn together in the past.

Locking the flat behind me, I stepped out onto the street heading towards the centre of Glasgow. Fresh, crisp air filled my lungs when I yawned and left me feeling slightly more awake. I had a little too much time to fill, so didn’t walk straight to the station. Before I went any further I needed a coffee.

Despite the hour Glasgow was still awake. I could hear cars not too far away from me, their thrum a constant noise I had become used to hearing in the city even at night. I could hear bass from some unknown dance track spilling into the night from a club doorway held open to encourage those still inside to leave for their homes. Then the sound of those who had left, making a sound only drunk people can make as they hovered home happily one held up by another. I couldn’t see them, but their voices echoed through alleys weaving about, as I was certain their owners were.

Nearing Merchant City, in the heart of Glasgow, the lights in most of the storefronts were out. The few remaining lights were low; either illuminating the displays in the windows or an outline of the security gates locked in front of the stores. I had never intended to buy coffee however, so seeing empty coffee shops on either side of me did little to dissuade me from my mission.

McQueen’s, as always, stood peacefully and still. Inside it was barely lit. Two small desk-lamps sat on an old wooden counter. The counter itself, was ancient and ornate taking up almost the entire front of the shop. From outside McQueen’s looked as empty as any of the other coffee shops or stores. No sign of movement, but a light from the rear of the venue illuminated the high ceiling to floor bookshelves which filled the space behind the counter. Where light touched the dark wood, I could see the intricate carvings in the wood even through the window.
I knew the front door would be locked. So went straight to the alley at the side of the venue. The rear door was open as it always was. McQueen’s was designed after a New York speakeasy, and although it was tucked away there were a number of regulars who frequented more than a few nights per week. On weekends in particular it was not uncommon for Hazel, the owner of McQueen’s, to leave the rear door open for regulars who often stayed long past last orders.

During my interview Hazel told me the original building had been a confectionery shop. The counter, and the shelves behind had once been lined with sweets and chocolate from around the world but were now laden with heavy leather bound volumes. These books made my own collection of books look pitiful in comparison. But this was the front.

Behind the shelves, hidden away in what had at one time been a basement was an intimate bar. Tables were scattered throughout the room and in the corner was a small stage, on which live musicians played most evenings. Tonight was no exception. I was immediately immersed in late night Jazz as I walked through the door. The sound…slightly erratic…held together by the tight walking bass line, which could only be coming from an upright bass. Hazel was standing at the counter. She looked more tired than I felt, and the look of reproach on her face turned to curiosity as I rounded the corner.

“I wasn’t expecting you this evening Luca?”

“Harry has been in twice since I sent him home an hour ago. I thought he’d come back again.”

“That man never ceases to amaze me. Did he play?”

“No. Not tonight,” Hazel’s whole face looked downcast as she replied. “Why are you here though Luca, do you know what time it is?”

“I was hoping to get a coffee, I’m heading down to London in an hour.”

Hazel’s brow knit together, but other than a furtive glance said nothing as she moved over to one of the Nespresso machines kept tucked away under the counter.

“Should I presume I’m down a bartender tonight then?”

“Don’t worry about it Luca. I know.” Saying no more she glanced up, asking without words what I wanted.

We were silent. The sound of Jazz and pouring coffee filled the small shop. Just the smell of the coffee brought a smile to my face. Hazel slid the espresso cup towards me and gave me a tired smile as she returned to her bar. Without fully turning, she looked me in the eye before walking through.

Click here to start reading, and avoid any potential spoilers.

The collected works within the Phoenix Pantheon are the sole intellectual property of © Darren Syme Coremans and phoenixpantheon.com, 2014-2018. Unauthorized use and/or duplication of this material without express and written permission from this site’s author and/or owner is strictly prohibited. Excerpts and links may be used, provided that full and clear credit is given to ‘D.S.Coremans’ and ‘phoenixpantheon.com’ with appropriate and specific direction to the original content. 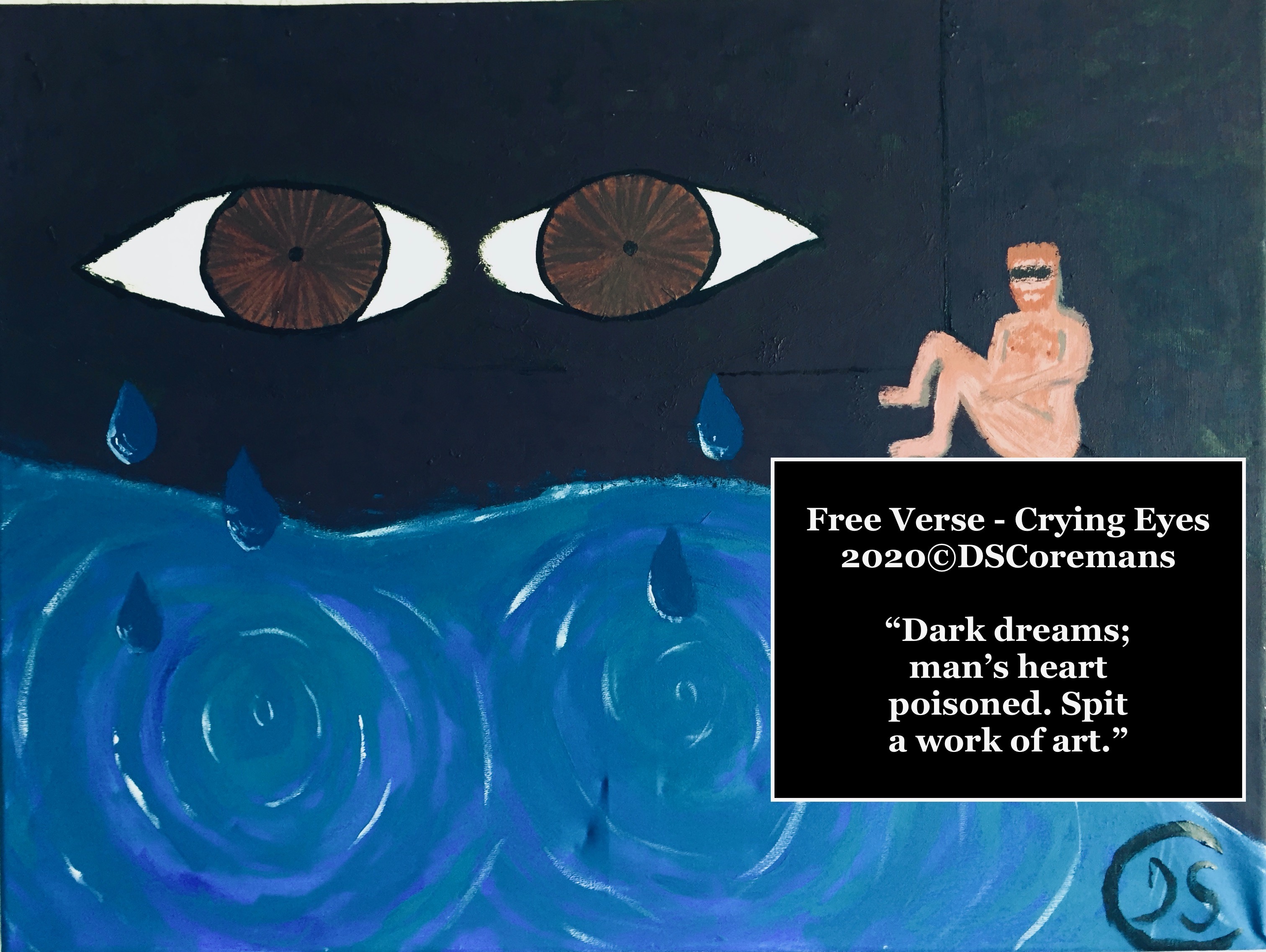